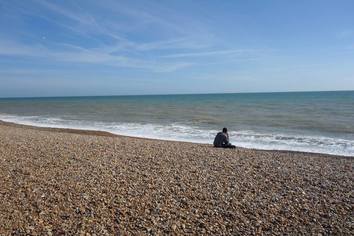 As well as trauma symptoms, trauma can leave you feeling isolated and alone with it all.
​There are many many therapies out there. Traditional talking therapies have been found not to be that effective in treating trauma, and trauma memories. This is because the more you talk about the trauma the further you embed it into your embed into your mind/brain. There have even been unhelpful labels such as 'Treatment Resistant Depression' & 'Treatment Resistant PTSD'. I use a combination of 'bottom up' & IFS therapy to help people who have been told that they have these diagnosis.

Sometimes it can become like a wheel that's stuck in mud, the more it spins in the same direction, and goes over the same ground, the deeper into the mud it goes. Something different is required.

The trauma therapies that I use are under the umbrella term 'psychotherapy & neurotherapies' - these work with the neurological wiring of the brain and nervous system. The therapies work by helping the Brain, Body & Mind to work together as one to heal itself. As a experienced and thoroughly trained trauma therapist I am able to use my clinical judgement to use a method to best help you in session to session. Your input is is also taken into consideration and we work together to help you recover.

I'm trained in the therapies below, they are highly regarded for the treatment of trauma, complex PTSD, and PTSD.

So which is best for you?

I really don't know without meeting and actually doing the work in each session you . Most people I see benefit from a unique blend of the above therapies. I'm trained and qualified in all these therapies though, so we can tailor each session so that it's best for you! To find out more about trauma therapies watch the videos below, and take a visit to Counselling For Liverpool's PTSD & Trauma
page. ​
Sometimes it may make more sense to seek psychotherapy online outside your country due to times, language travel and finances.