Trauma is a Greek word for an injury. So psychological trauma is a kind of injury to the brain.


Traumatic 'events' or memories imprint onto the brain, and remain there, unprocessed and as if frozen in time...


Good therapy that creates change is not so much about what happened to you, but what's now happening within you, because of what happened. Think of psychological trauma as you might a physical trauma/ wound. It needs cleaning out so it can heal, sometimes we need to revisit the wound, as healing around the trauma will no doubt of occurred.


If you were injured in a car crash, there is little point in talking about the car crash - this is not the trauma - this is what happened. The trauma is the edgy feelings you have, the feeling of your body being injured even though it's years later, the pictures of the car you can't get out of your head, the smell of the petrol coming back randomly, the fear preventing you from not wanting to get back on the road.


There are more and more thoughts from the experts in this field that trauma can be inherited from the generations above and beyond us. This phenomenon is known as 'intergenerational trauma'. Therapies such as Brainspotting and Internal Family Systems have ways of healing from this kind of trauma...


Luckily, the brain is not made of glass, it is more like a kind of dense, heavy (about 1.4 kg) jelly which is capable of healing and recovering from trauma (known as neuroplasticity). The brain is made up of 1-4 Quadrillion synaptic connections, which is the equivalent of 1-4 Olympic swimming pools filled with sand - each grain represents a synapse!


Now, when trauma occurs there may be protective barriers that unconsciously form to prevent further trauma/protection from the pain occurring again in the future, these barriers can be in many forms from physical sensations, behaviours to personality traits. Think of a child that has a graze to their knee, they don't want you near it, they protect the trauma on their knee. However, this is what needs attention, with careful treatment and care, trauma/the graze can heal.


With the right therapies, the trauma fragmentation can be healed at a neurological level. Together, with my clients, I work with the fragmented parts to start integrating them back together, aiding the healing process.


It makes sense that flashbacks not only come in the form of 'pictures' in the mind but also emotions, bodily sensations, smells and sounds.


Our response to these trauma memories is often protective. Naturally, we don't want to feel the pain or re-experience the trauma. So we minimize, or try and squash it down. We may do this by trying to think logically or use reason, we may try to avoid it through binging, food, exercise, watching TV shows or work... These may be helpful 'in the moment', but the effects of trauma return.


Trauma memory is like a file that is so big and upsetting it could not be filed away neatly at the time... Trauma may leave us feeling shut down, or the opposite, leaving us hyper-vigilant, or hyper-sensitive. With the right therapies, you can achieve regulation and heal the effects of trauma.


Within mental health, trauma has been pathologized and is categorized into trauma types:


Because of the DSM-V, there are many many more people with a diagnosis of PTSD and BPD. In reality, it is much more realistic that people have experienced numerous childhood trauma/s meaning most people would more accurately fit CPTSD. 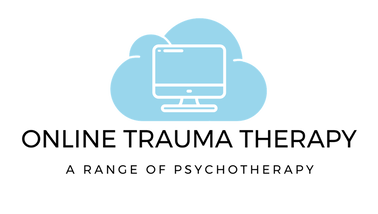